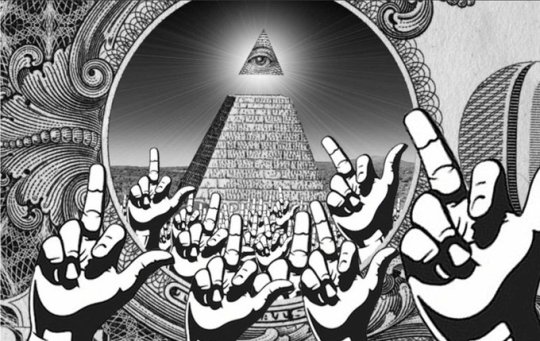 Era Of Deviancy In the age of Alister Crowley. A new philosophy for man. A lack of self control has Spread throughout the land. Obsessed with self gratification. Do what pleases you. The ends justify the means. There's nothing they won't do. No thought of cause and effect. Foresight, a forgotten thing. Throw your stone into the pond And ride the suffering. What happened to our souls? Where has the concience gone? Too blind to see humanity's been doing it all wrong. Caught in a downward spiral. Ethical and moral decline. Desensitization, called Liberation, of a naive mind. Propagate the masses. Separate them from the Truth. Implanted ideologies, And start with their youth. They start and end societies. Repeat and loop the fallacies. They create wars across the seas. Then brag about the casualties. Control the world financially, And throw the scraps to you and me. Bow to the Man-god, wrapped in greed. Enter the Era of Deviancy. In a century of Hypocrisy. There's blood on deviant hands. Those that corrupt souls, have control and toxified the land. Possessed by constant elation. Hear the Masters call. A slave to insecurity. Nothing else matters at all. No remorse is the affect. Blind to what selfishness brings. Compassion for others is gone. Enforce your tyranny. What happened to respect? We've forgotten the Golden Rule. Do unto others as you want done to yourself, you fool. This attack's been happening a while. A century of perverting the mind. Generations of enslavement To the Corporate swine. Seperate the classes. Propagate their youth. It's all right there in front of you, Face to face with truth. They've lied and robbed us endlessly. I'm trying to make the people see. We'll lose it all eventually. If we don't stop this tyranny. The corrupt way we live must cease. Narrcissistic Ideologies. Only One God can set us free. In this Era of Deviancy. Written by: Michael Taylor © February 18th. 2020