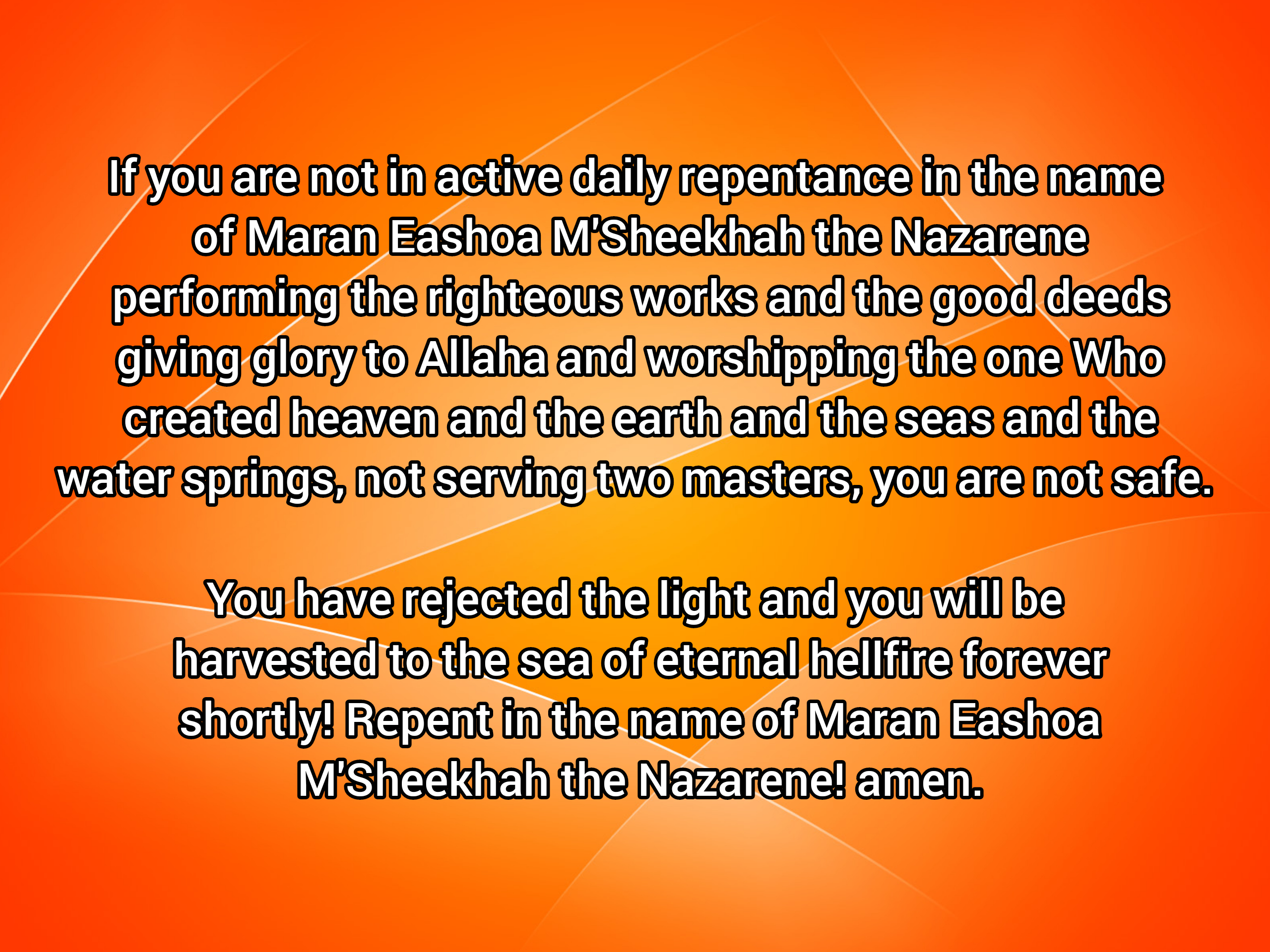 THE HARVEST! You can lead a horse to the water but you cannot make him drink: this fact was always about the fallen angels & the seed of the serpent.

The fallen angels and the evil one and his seed of the serpent wars endlessly silently against all flesh. They are the killers of mankind and the accuser of our brother, the vessels of the wrath of Allaha. The Book of Revelation. It is the harvest of the children of the evil one, the serpent. All workers of abomination and blasphemers are being removed from the earth forever. One Enoch. Then the saints will shine like the Sun in the kingdom of their Father. Matthew 13. I am the Advocate Spirit of Truth the Allaha of Heaven Who has Come to smash all these kingdoms of Babylon to pieces, just like I said that I would do at the conclusion of this universe and is recorded in the Holy Bible, The Old Testament, The Book of Daniel, Chapter Two, verse 44. I have been doing exactly that and raising an Eternal Kingdom that shall never be relinquished and shall stand to the end of the universes of all the universes. Amen. You received a renewal of the same commandment you have always had at the sounding of My Trumpet on January 21, 2017! There is NO WAY YOU MISSED IT! IT WAS DEAFENINGLY LOUD AND THE WHOLE EARTH SHOOK! Revelation 14 tinyurl.com/Ashurit Flesh and blood does not inherit the Kingdom of Heaven. Get busy! Faith without works is dead faith. Believing is an active role that requires your non-stop selfless sacrifice as you carry your cross. If you are not in active daily repentance in the name of Maran Eashoa M'Sheekhah the Nazarene performing the righteous works and the good deeds giving glory to Allaha and worshipping the one Who created heaven and the earth and the seas and the water springs, not serving two masters, you are not safe. You have rejected the light and you will be harvested to the sea of eternal hellfire forever shortly! You have known about the Day of Judgement since before the flood of Noah. You are without excuse for sin, and Eashoa M'Sheekhah the Nazarene made certain of it with His sacrifice on the Cross.