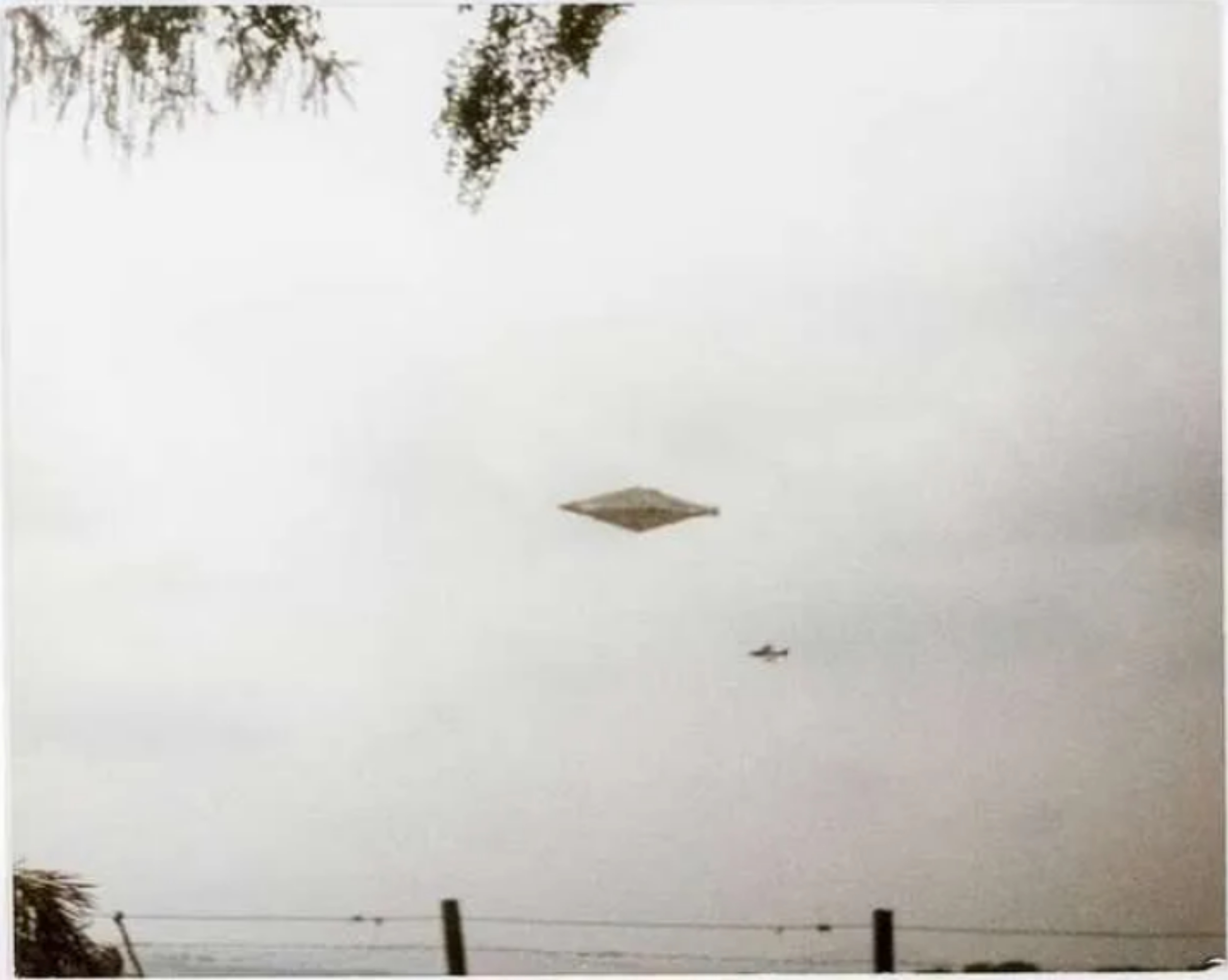 “The most impressive UFO photograph ever taken, the Holy Grail in terms of conclusive evidence that these objects really exist “.

091822 https://www.1stauditor.com/ufo-aliens/classified-sensational-photo-of-ufo-next-to-fighter-plane-published-for-first-time/ It made no sound The photo, called “The Most Impressive UFO Photo”, was taken in 1990 in Scotland. When it was attempted to be published in the press, it was classified by the authorities as “Top Secret”, forbidden to be published and confiscated, but thanks to the investigation of a journalist, the footage was finally shown to the public. In August 1990, after a busy day shift, two young chefs from a hotel in the town of Pitlochry, Perthshire, Scotland, were walking through the picturesque hills of the Cairn Gorm Mountains. Suddenly, they see what they describe as a “huge alien ship” in the sky. The object is diamond shaped and stands motionless in the air without making any sound. The boys are so frightened by this sight that they run to the nearest bushes and hide in their foliage. They sit there for a few minutes while the object continues to circle above them. Suddenly they hear a strange noise and see a plane. In appearance, it looks like a Tornado fighter, which in those years was based at the local Leuchars Military Base. The plane flies past the object, then turns back and circles it as if examining it. One of the eyewitnesses had a camera with him and managed to take six pictures of the UFO and fighter jet before the strange object shot up vertically and disappeared high into the sky. Shocked by what they saw, but pleased that they had managed to take pictures, the young men developed the tape and sent the pictures to the editors of the Daily Record, one of Scotland’s leading newspapers. But not a single photo was published, as the editors immediately handed over the photos to the British Ministry of Defense, after which they disappeared. The two young chefs also disappear… On August 12, 2022, the British newspaper Daily Mail published one of the photos reportedly “leaked” by the Ministry of Defense thanks to Craig Lindsay