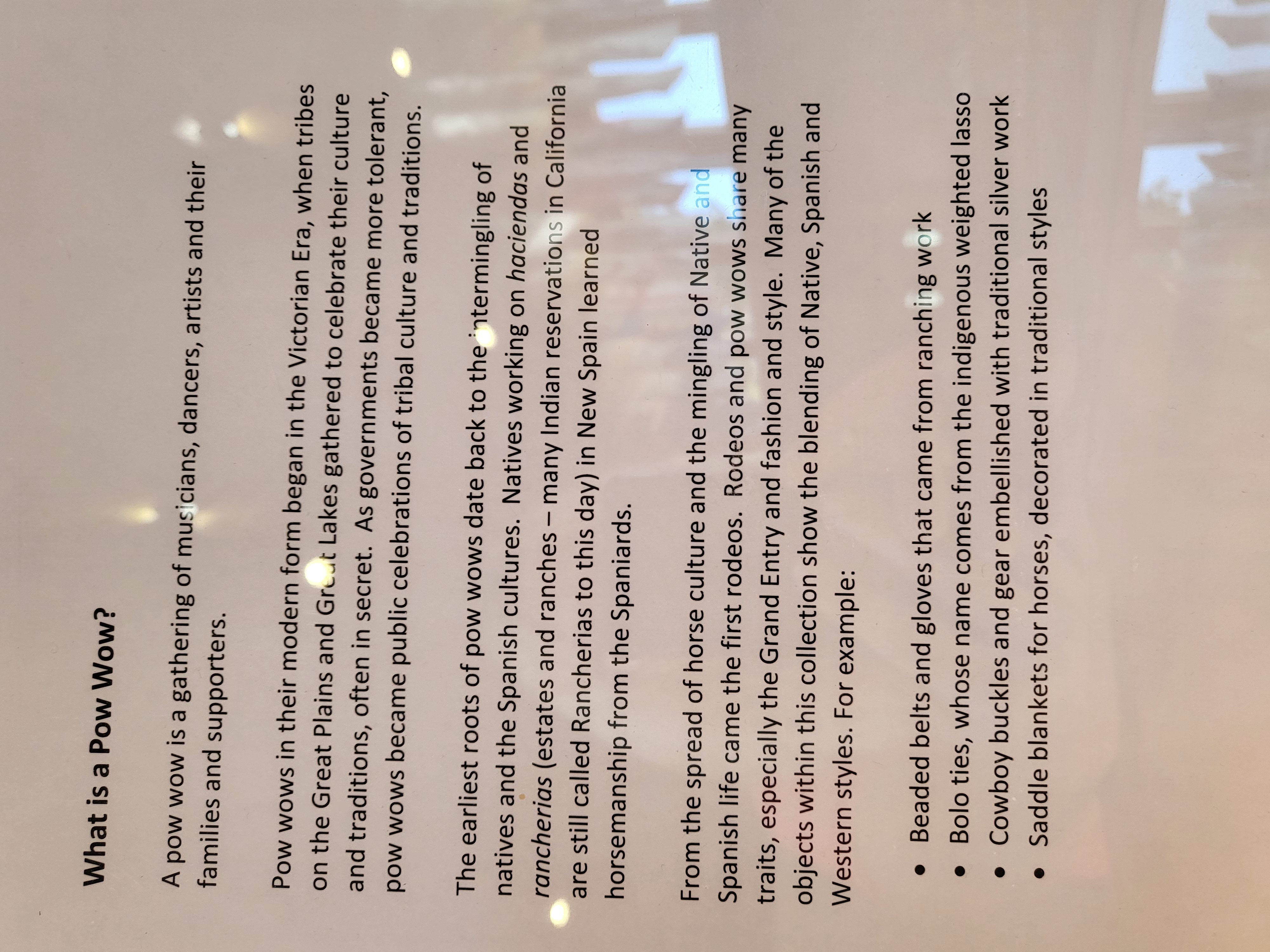 What Is A Pow Wow?

What is a Pow Wow? Note: All of the dances at pow wow have meaning that is best explained while you observe each dance by someone who knows the significance. (Below is the explanation by the Crazy Horse Memorial Museum pertaining to the exhibit.) A pow wow is a gathering of musicians, dancers, artists and their families and supporters. Pow wows in their modern form began in the Victorian Era, when tribes on the Great Plains and Great Lakes gathered to celebrate their culture and traditions, often in secret. As governments became more tolerant, pow wows became public celebrations of tribal culture and traditions. The earliest roots of pow wows date back to the intermingling of natives and the Spanish cultures. Natives working on haciendas and rancherias (estates and ranches - many Indian reservations in California are still called Rancherias to this day) in New Spain learned horsemanship from the Spaniards. From the spread of horse culture and the mingling of Native and Spanish life came the first rodeos. Rodeos and pow wows share many traits, especially the Grand Entry and fashion and style. Many of the objects within this collection show the blending of Native, Spanish and Western styles. For example: Beaded belts and gloves that came from ranching work Bolo ties, whose name comes from the indigenous weighted lasso Cowboy buckles and gear embellished with traditional silver work. Saddle blankets for horses, decorated in traditional styles. Black Hills Pow Wow South Dakota Grand Entry 1400 POW WOW DANCERS ALL AT ONCE DAY ONE OF THREE http://newtube.app/user/Sarrah/rHLcSEB