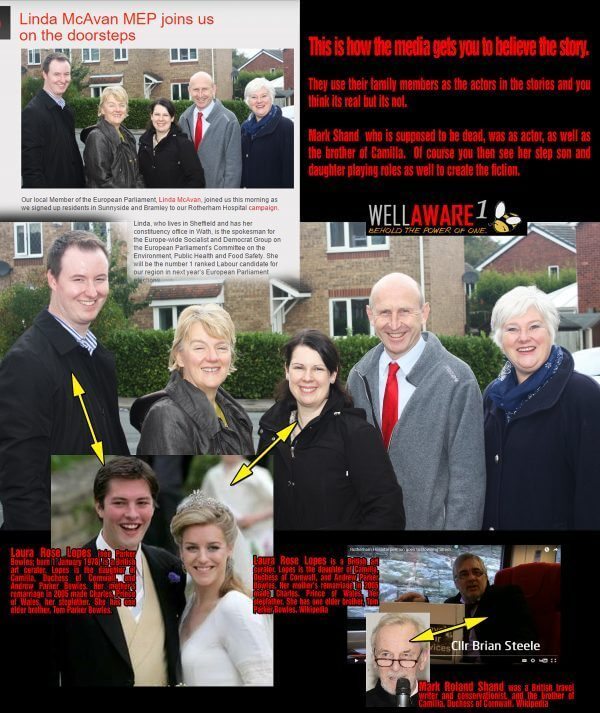 Moses who has risen in the Day of Judgment CONDEMNED these killers of mankind from the beginning - these are the dead who rise again from below your feet; The vessels of the wrath of Allaha! HOT! Queen Camilla's Supposedly Deceased Brother Mark Shand AS REVEALED AND CONDEMNED AS A KILLER OF MANKIND BY MOSES Say What You Mean! (He did) http://newtube.app/user/Sarrah/fD0L1L4 Linda McAvan MEP joins us on the doorsteps. European Parliament Liar and fraud! This is how the media gets you to believe the story; They use their family members as the actors in the stories and you think it is real but it is not. Mark Shand who is supposed to be dead, was as actor, as well as the brother of (now Queen) Camilla (of England, the second wife of King Charles. Princess Diana did not perish like they claimed, also REVEALED by Moses - I will share the proof.) Of course you then see her stepson and daughter paying roles as well to create the fiction. Queen Camilla's Supposedly Deceased Brother Mark Roland Shand has a new identity as cllr Brian Steele as shown in this image and the linked video, and here's his fake Twitter https://mobile.twitter.com/brian_hoober