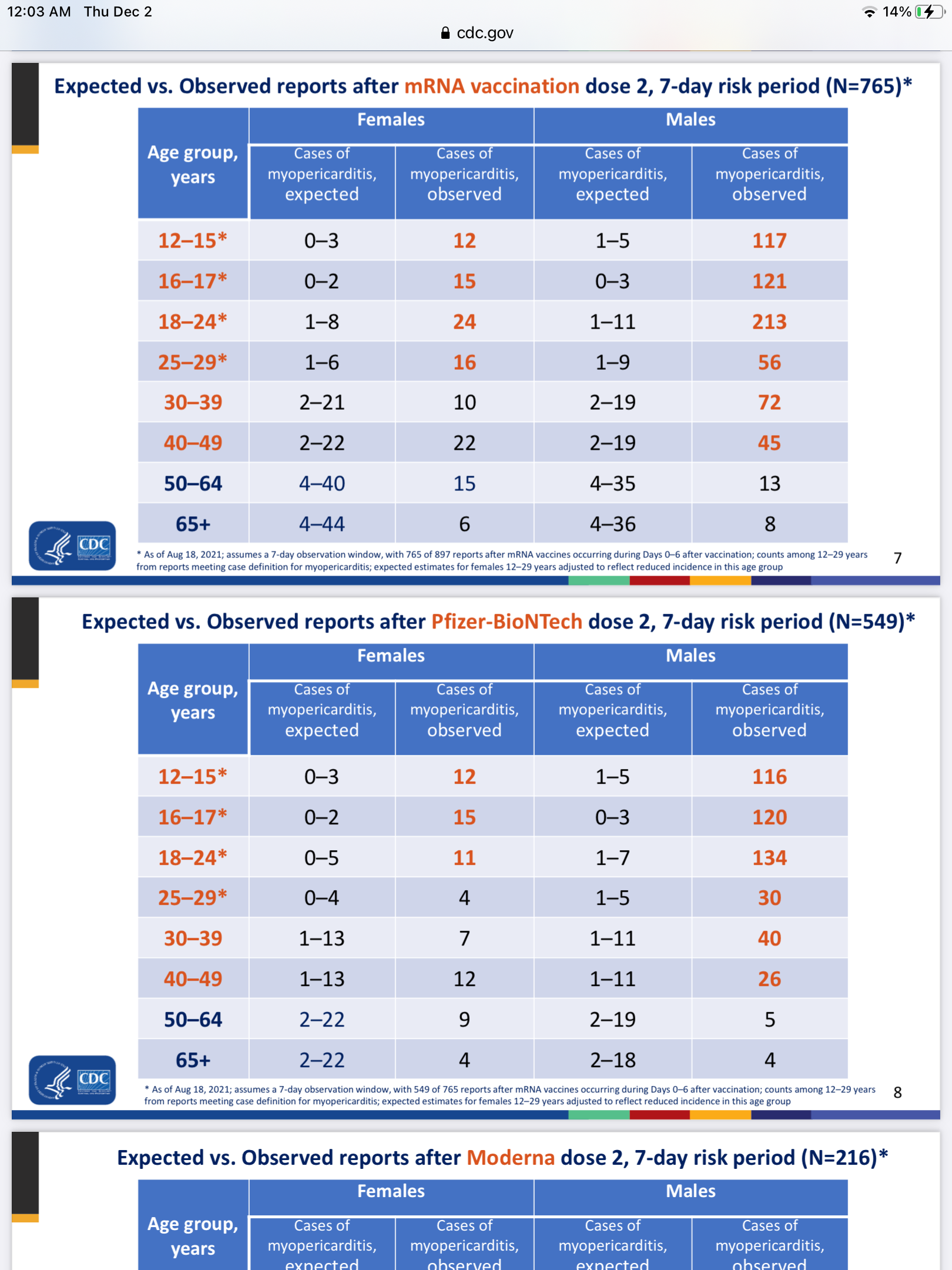 CDC Lethal Injection Confirmed, pass this to everyone, print it and post at every school, plaza, school, office, police station

https://www.cdc.gov/vaccines/acip/meetings/downloads/slides-2021-08-30/03-COVID-Su-508.pdf WAR ON THESE https://www.infowars.com/posts/fda-document-deems-pfizer-vaccine-favorable-despite-long-list-of-adverse-events-from-jab-including-death/ *** Understanding the Results released by he CDC *** A table from the CDC shows 50 Myopercarditis per million. 1) It is admitted by the CDC that reporting is a minimum of 5 times under reported. 2) Harvard study says in Normal times, VAERS is complex, time consuming, not thought to be required, not known about, resulting in only 1 percent of actual cases being reported. 3) This is not normal times. Doctors and medical people are told they will be fired if they report to VAERS, or arrested or handcuffed in a dungeon which has actually happened. Therefore the actual cases could be as much as 1000 times under reported. 4 This report only covers the adverse reaction called Myopercarditis. There are many other Carditis reactions and dozens of other types of dangerous reactions including immediate death, and longer term such as cancer 20 times more likely and many other diseases many times more likely. 5 The 1 million injected subjects may have received a saline shot and it has been suggested that 40 percent may be saline. This would mean that it is per 600000 not per million therefore the 50 per million is really 120 per million real shots. Apply a multiplier of 1000 times for this one reaction could mean 120000 People now have deadly Myopercarditis per 1 million injections, 12 percent. And this is for one of dozens of most dangerous adverse reactions. This is Genocide, a pandemic of evil governments, corporations, globalists who have said you are the disease and you must be depopulated, not them. Storm the Rockefeller Center God Speed Save our Children