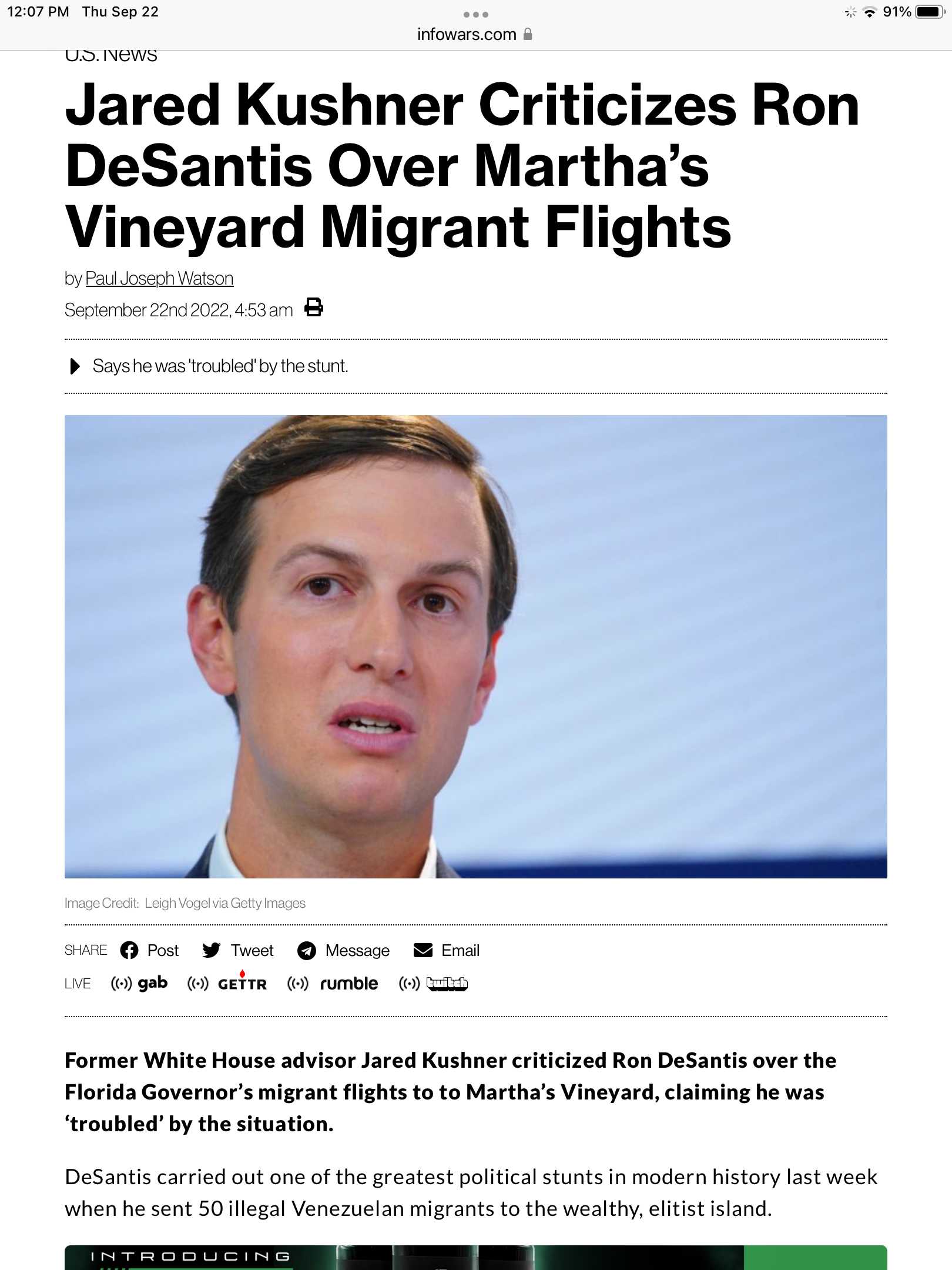 So they say Trump, by accident, has hired Kushner and is now being a Deepstate a hole…NO, Trump is and knows this

https://www.infowars.com/posts/jared-kushner-criticizes-ron-desantis-over-marthas-vineyard-migrant-flights/ Wake up. Trump says Djokovic has killed millions by being a thought criminal Because Trump says NOW “I have taken all the shots” And “We have saved Billions of lives” To say Billions have been saved, if a lie is so big a lie and so coercing of the experimental shots, by a popular president, is the highest Nuremberg Violation. To stand up as Djokovic has and influence millions to not take the shots where the shots are perfectly safe and 10s of thousands of lives will be cut very short is a terrible thing, not a Nuremberg violation but a moral issue. So, who is right and who is wrong. Make your choice.