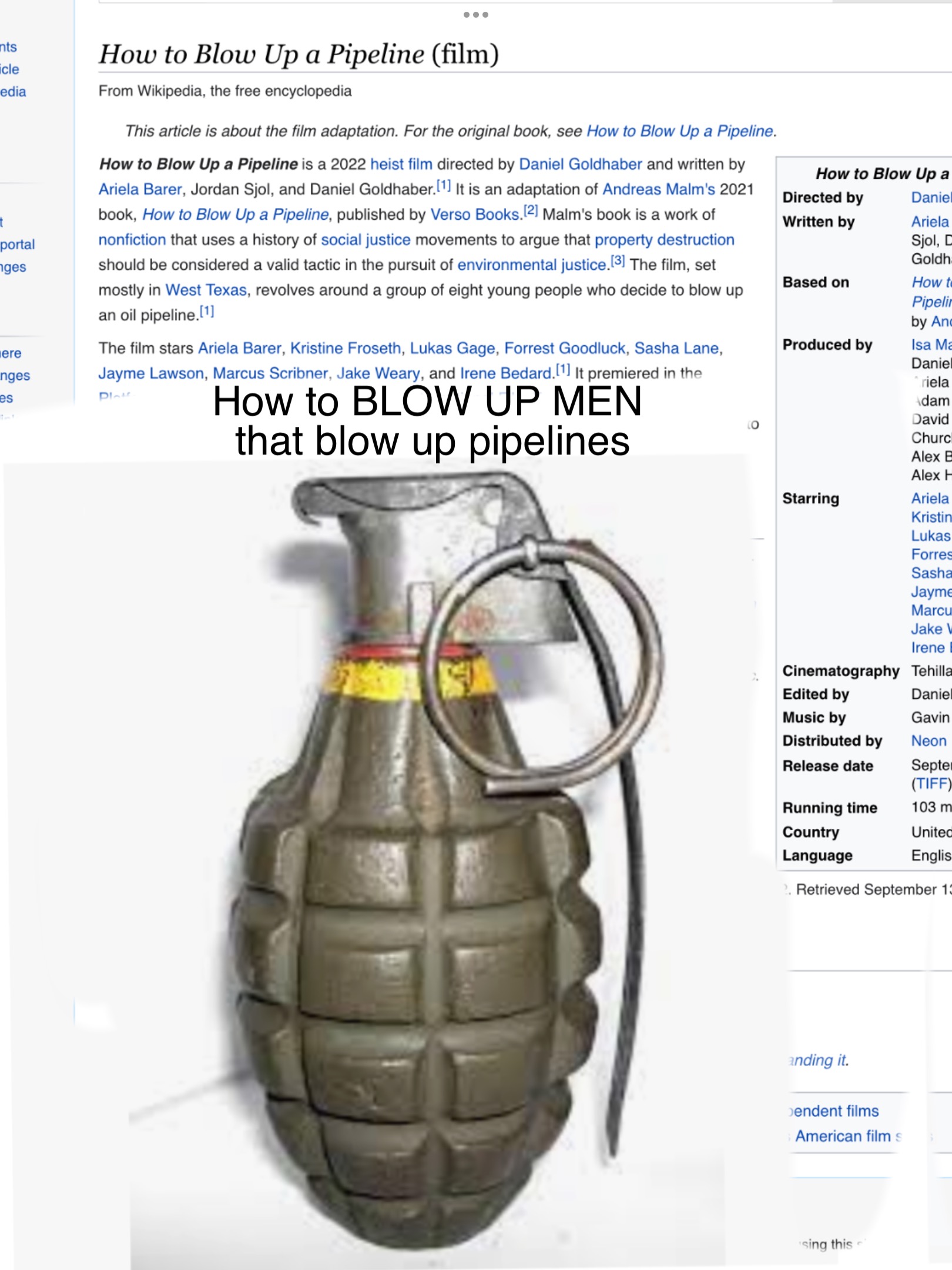 Explosions at TIFF I posted this prior to the Russian Pipelines being “blown up”. It hit the media that there is a film on blowing up pipelines. Biden said blow them up. He blew it up as the Norwegian Baltic Pipeline opened. What a shock. Biden said arrest all republicans, conservatives. Biden said he ran the biggest fraud to win the election. You better believe what he says. You better fucking fight now or run. Judges are mincing words allowing the lethal injections to continue. The ambulances have increased despite shots practically stopping. If you know anyone on any security detail or gets close to any of these Genocidal maniacs you tell them to arrest them now. It’s legal to make a citizens arrest on anyone. If the person refuses, they are complicit in the crimes of those they are protecting and you can arrest them. If their families support them they can be arrested. Wake up. That is what Biden, Trudeau, etc are doing. Anyone they deem as a threat to their genocide they are arresting. Action Arrest them, their protectors, their families, their friends. Ps The Globalists are running an illusion. Years ago we knew the deal with Russia on gas was a bad idea. Immediately behind the scenes a new pipeline was being developed but the RUSSIAN PIPE WAS AN INTERIM GAP. All intention was to close the deal with Russia once other sources were secured. This was all an elaborate plan. Norway one opened and Russia was closed. The rest is illusion causing spikes in Gas to pay for the infrastructure. Everything is a fraud, a fantasy, an illusion Except The Shots