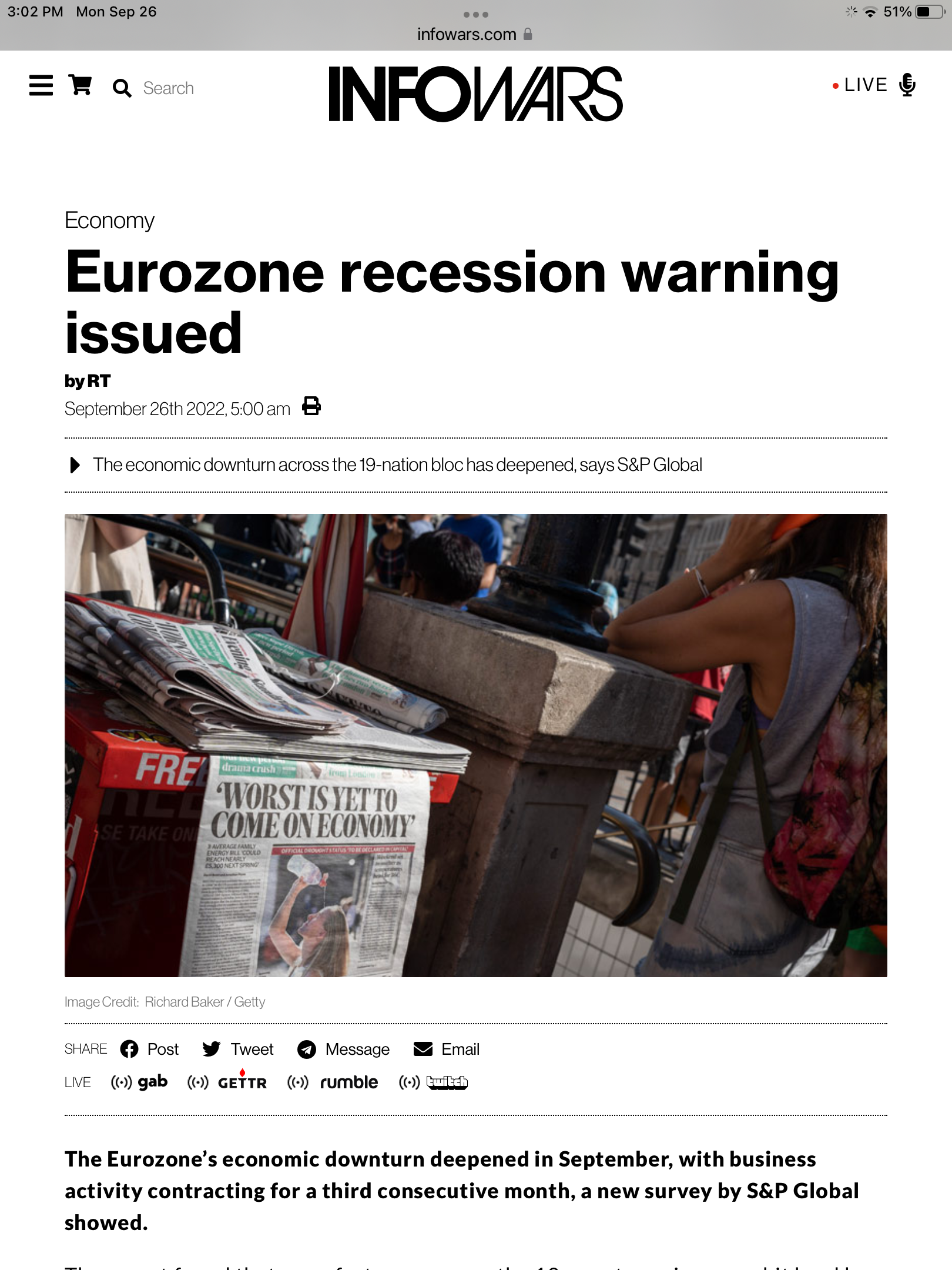 https://www.infowars.com/posts/eurozone-recession-warning-issued/ They caused all the inflation by shutting off all existing energy and 30 to 70 percent of farming. Now there is hyper inflation so they charge more to borrow adding much more inflation. Which also as a byproduct reduces the principle value of assets like Stocks and Realestate while raising rental costs substantially with higher borrowing rates and higher energy costs. Interest rates are one technique to help moderate inflation, but not this kind of inflation. This inflation is a supply demand inflation caused by cutting off supplies deliberately, not people seeing more money is around and trying to get richer and richer by charging more and more. The industrialized world leaders are at war with the people. They have all said they want the people dead because they are carbon and you think carbon is a pollution. No it’s not, you are the pollution they speak of. Listen carefully when hey speak. Methane is the cleanest gas there is and natural and reusable and they say kill the cows. Nitrogen is clean, oxygen is clean and renewable but hey want the trees cut down that produce oxygen. They want everything synthetic as if that means it has no pollution but that is the biggest lie. The bugs the gmo corn etc are unhealthy but they know that because they want you dead. , remember. They put chemicals in drinking water that you think are meant to be good but they don’t say that, listen to what they say. It’s all a slight of hand with words. If you listen you here the truth and can never Unhear it. They are psychotic killers and must all be killed now out of self defence and preservation. . .