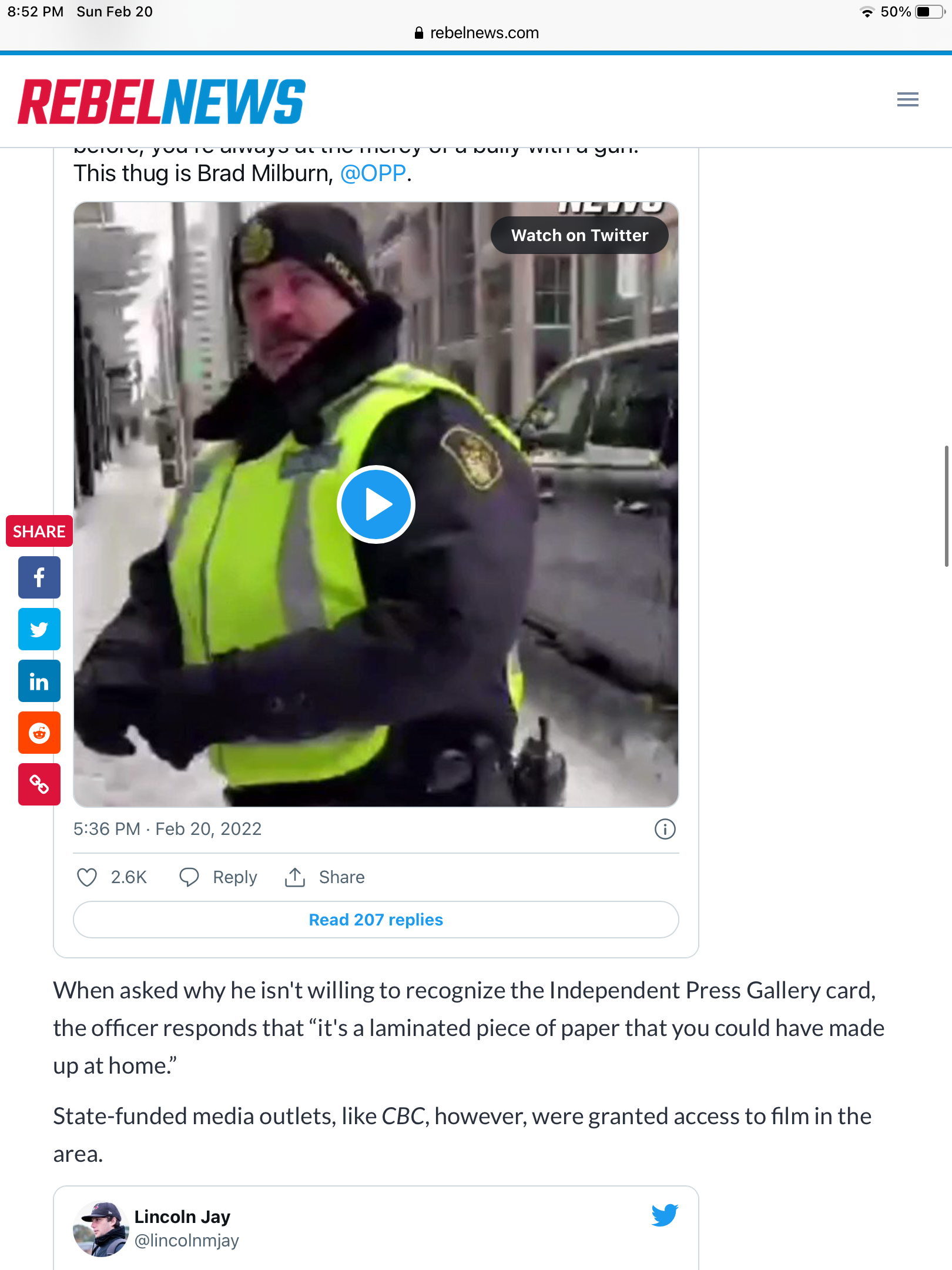 This is the guy that rode the horse that killed that old lady with the walker.

https://www.rebelnews.com/ottawa_police_block_independent_press_from_filming_inside_perimeter APB for a Brad Milburn Armed and Dangerous He has also been convicted of raping a 6 year old boy 7 years ago according to Ron Nixon of the Associated Press. “ It’s part of an Initiation into the department, they scrub out the conviction in exchange for a bunch of real bad stuff.” Police are pretending to let the watchdog agency review the Horse trampings but because of the rapes the entire force is in a heap of trouble, many other officers will be found out how deep the rape hole goes. Hold on it’s gonna be crazy town say my sources at AP who keep close contact with Project Veritas. Elon Musk will pay 1 million Canadian Dollars for his capture dead or alive

She's not dead. Separated shoulder, but not dead.

Move on ass hat. Go sell your garbage to the woke mob.