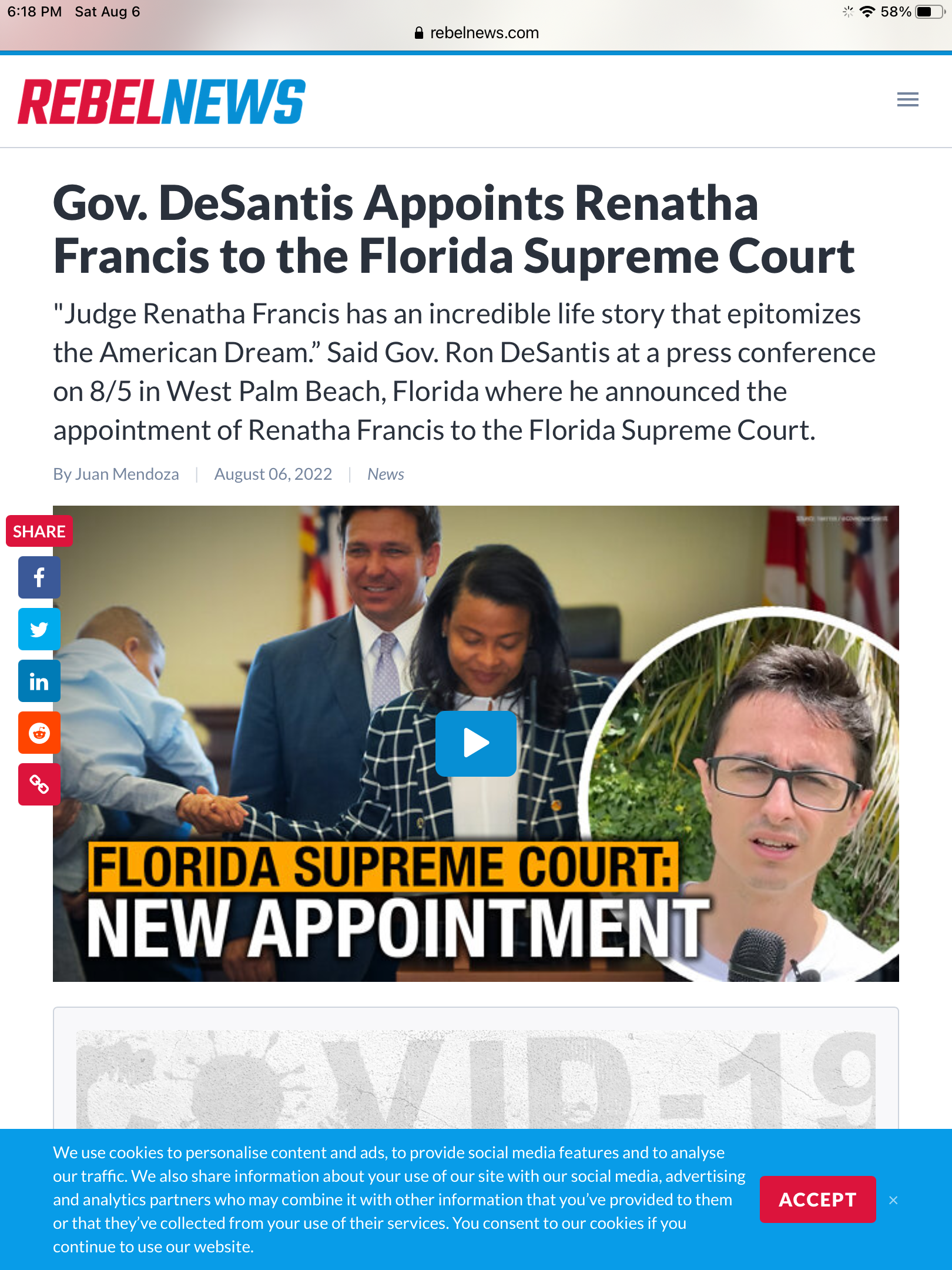 https://www.rebelnews.com/ron_desantis_gov_desantis_appoints_renatha_francis_to_the_florida_supreme_court Desantis has uncovered the weaponization of the Prosecutors in Florida and everywhere else. The Prosecutor has been bought and paid for directly by George Soros. Desantis has traced that all roads of corruption point to this prosecutor. The Prosecutors are being searched and no knock seizures of all property in hopes to find the direct communication links used by the NWO. Desantis will fire them and appoint those that abide by the Constitution. During Alex Jones trial, Alex noted that as soon as something is said that they didn’t like, there is motion in the court room and Censorship mode kicks in. This is the same identical motion that occurs in every parliament and government lawmaking house in the Western World. In Canada as soon as something is said that they didnt like, there was almost electric chair shock to members who stand up and point to someone who is set to say something for rebuttal and censorship preset words. I believe this is a supercomputer reviewing all words real time and responds with punishment and responses. It has been going on for at least 60 years. Health Ministers who are high fixed income receivers are now getting bonuses more than their salaries for standing up and saying rebuttal that where evidence is said that the shots have killed babies, the minister stands up and says “just remember to have all mothers and babies get all their shots”. I really see and encourage these treasonous criminal Murderer Nuremberg violators to be beheaded live on TV.

Uploaded a day ago