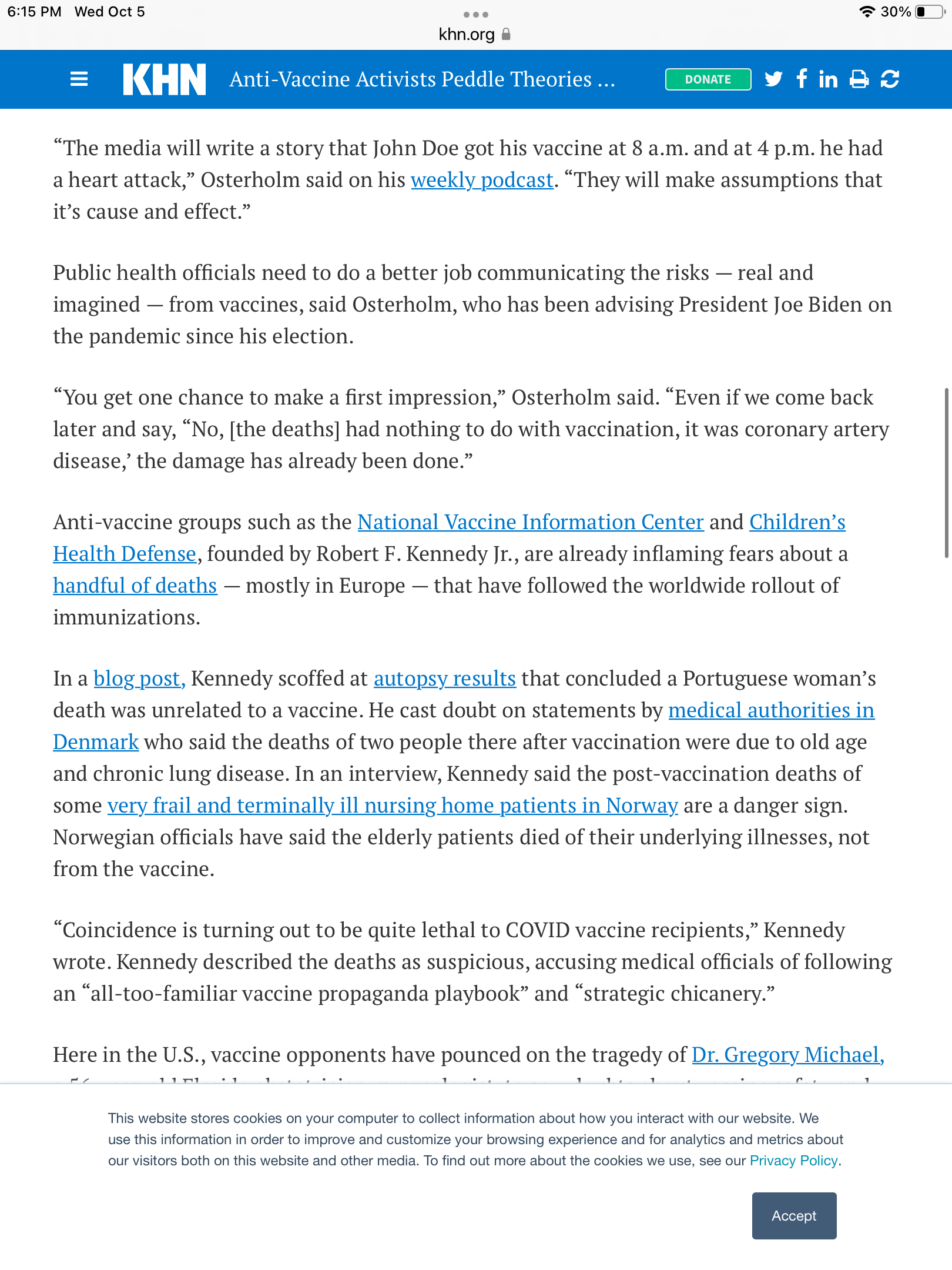 25 percent of people that took the Injections were immediately hospitalized

https://khn.org/news/article/anti-vaccine-activists-peddle-theories-that-covid-shots-are-deadly-undermining-vaccination/ The question is how many of the 75 percent that were OK actually got water not the shots. Probably most. There are very powerful people that are preparing to bring the Globalists to full Justice, I write blueprints for them on this site, Prepare for massive fireworks. As far as the first paragraph one must never question Fauci is science animal experiments such as: Yell at Rabbit to Jump and he Jumps Cut off Rabbits foot and Yell at Rabbit to Jump and he does Not Jump Conclusion Cutting off Rabbits foot causes him to go Deaf https://aosis.co.za/news-dr-aseem-malhotra-who-promoted-covid-19-vaccine-on-tv-calls-for-its-immediate-suspension-to-investigate-serious-side-effects/ He took the shots Now he woke up Hopefully before he permanently goes to sleep A day late and a dollar short Knowledge is life You Dumbass V safe CDC Program 10 million monitored and they covered it up All that took shots are dead in 3 years Gain of function is illegal in the USA so they moved it to Thailand from China. Of course there was never any really dangerous disease as nobody died from the new virus in 2019, 2020, or 2021 until the Injections began. They did name it in 2017 and patent it as Covid-19. Over 3 billion may be dead from the injections by 2025. David Icke asked but one thing. He asked you to Not take the shots Those that thought he was crazy or a false conspiracist did not ask themselves the simple question. If David is right about just one thing in his life and this is it, can I afford not to listen to him. This is a logic test, a math test, a common sense test, and if you took the shots you fucking failed and there is a price to pay for abject failure.