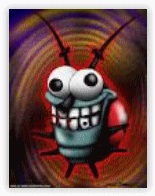 The Fourth Dementia and Climate Alarmism

Most climate alarmists are likely what Karl Marx called, "useful idiots." Said idiots do not know that science exists to advance knowledge by questioning existing dogma. Champions of climate alarmist dogma may or may not believe that human, (i.e. anthropogenic,) effects on Earth's climate are existential threats to Earth's biome. Nevertheless, said champions enrich and empower themselves by successfully pressing their Critical Theory climate hoax. A persuasive tool used by climate hoax champions against useful idiots is summed up in an expression coined by John Steinbeck, "the Fourth Dementia." Regarding the climate hoax, "the Fourth Dementia" amounts to a desire for purpose, expressed in alarmists' belief that human impact on Earth's climate is significant and dire. https://archive.org/details/steinbecklifeinl00stei

I am now making $35/h by doing a very simple and easy online work from home. I have received exactly $8471 last month from this online work. To start making extra income please…...... Www.Paycash1.com