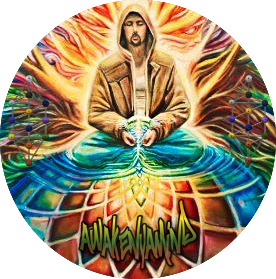 Enjoy this massive majestic musical journey in the hip hop imaginarium full of inciting lyrics, sounds and impressions.. a mixture of abstraction, mysticism, consciousness, and dimensions of thought evoked from the imagination of these artists.. The I Magi Nation, the nation, or collective of magicians working in the seen and unseen realms to transform this world of deception into the original earth timeline that humanity was stripped and lead away from eons ago. Magi, meaning magician- the true magician, which has nothing to do with street, circus or theatrical magic.. The true magician is benevolent by using their skills for the benefit of the greater good- anything to the contrary is sorcery or dark magick. The Magi in the tarot represents someone working on themselves with the forces of creation, studying, understanding, and applying/aligning to the hidden laws of nature (Natural Law), and bridging the higher and lower realms within themselves and the physical domain, which is why he is usually represented by having one hand pointing up and the other down with the four elements on the table at their disposal.. As above, so below. i want to also briefly mention some things about the magic-mind state of consciousness.. it's like being in the fulcrum of your true soul essence with the higher self integrated, multidimensional quantum thoughts sparking off the crown chakra type of moments.. things that you are creating in that moment are of a higher quality, whether it be ideas, crafts, music, etc.. You are in tune with creator source to a significant degree.. things manifest and synchronize in a more orderly and timely manner according to the intentions set forth.. I've had moments in this state and it is very empowering to say the least. I suppose i've always considered music as a form of magic, even beyond the enchantment, inspiration and the whole spectrum of emotions that can be provoked from it all.. it's ineffable to describe really..